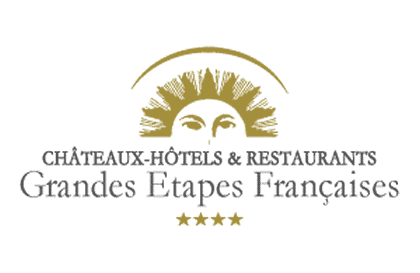 The concept of the château-hotel had come into existence

At the end of the ‘50’s’, René Traversac invented the concept of the château-hotel. René Traversac was a graduate engineer from the “Ecole des Arts et Métiers” who became an industrial photographer and who had never found the atmosphere and charm of a certain “art de vivre” in the hotels he visited.

In 1956, he acquired a charming Renaissance stately home, Le Prieuré, in the Anjou region in order to transform it into a hotel of character and charm. He set up a polished establishment in which guests might enjoy the advantages of a hotel of character in an incomparable setting. “It is rare for a château to be designed to become a hotel” said René Traversac.

Today, Pierre Traversac is the Chairman of the Board of Grandes Etapes Françaises.

Each of the stately homes has its own style, each of its rooms and suites is individually decorated in its own personal style with all the luxury facilities that its visitors now expect.
With a reputation for quality, the restaurants of Grandes Etapes Françaises, offer a refined regional gastronomy which highlights its “local regional menus”.
In this way, for the last 60 years, Grandes Etapes Françaises has been carrying on the traditions and values that were central to their creator’s ethic, combining a traditional “art de vivre” with up to the minute service and comfort.

Our 5 properties in France

A symbol of the Age of Louis XIV in Touraine (10 km south from Tours).

The residence of the abbots of Cîteaux, in the centre of Burgundy’s greatest vineyards (20 km south from Dijon)

A typically Alsatian complex in a wooded meander of the Ill, the river that flows through. Strasbourg (6 km from Strasbourg, halfway between the airport and the centre of town).