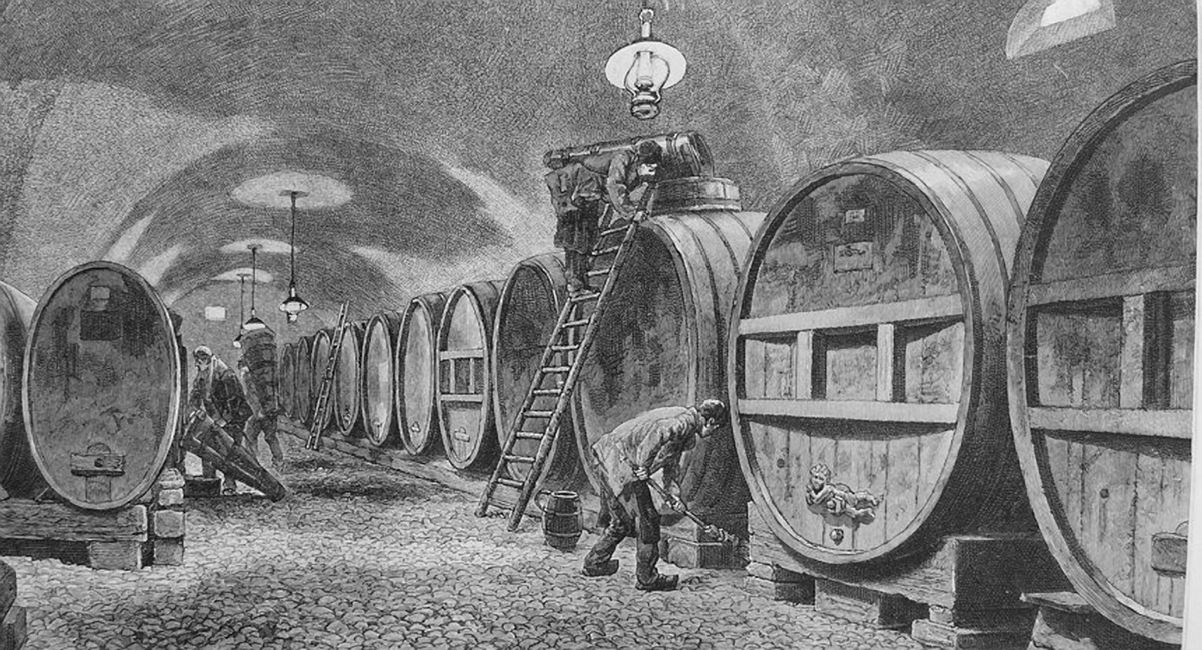 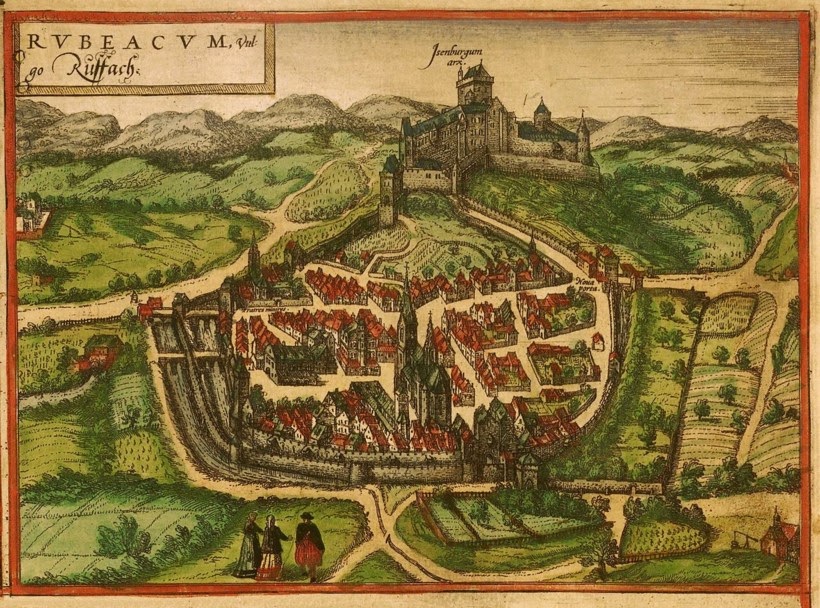 Once upon a time…


The etymology of the name Isenbourg is uncertain; while certain people favour “Eisenburg”, the iron château, others prefer “Isisburg”, the château of Isis.

Wherever it comes from, this is a site that has been occupied from the most ancient times, an advance post for the commercial and military Roman road that runs behind the hillside.

According to tradition, Dagobert II later donated his royal house, a formidable fortress guarding the town of Rouffach, to the bishopric of Strasbourg in recognition of the miraculous cure of his son Siedberg.

Isenbourg thus became one of the favourite residences of the bishops of Strasbourg right up to the French Revolution.

The château then changed use and was sold as private property; the old superstructures were demolished in 1822. Fortunately the 120 metre long 15th and 16th century cradle vaulted cellars have stood the test of time and are actually being used as the restaurant room, the wine cellar and the kitchen.

In the autumn of 1972, René Traversac, the founder of the Grandes Etapes Françaises, had already acquired, restored and transformed three establishments in the Val de Loire. He was intrigued by an unusual proposal. It had come from the S.Y.N.V.A., the syndicate of wine traders and wine producers in the Alsatian vineyards, which not only owned vineyards but also a château, the Château d’Isenbourg, which overlooked the old city of Rouffach near Colmar. This château had been unoccupied for decades and was in a dreadful condition, but at the time the region had no luxury hotel and the Château d’Isenbourg would be the first. What is more, a site that had a high reputation for its fine cuisine and wine route could not fail to tempt a fine palate like René Traversac’s! Château d’Isenbourg opened in July 1974. 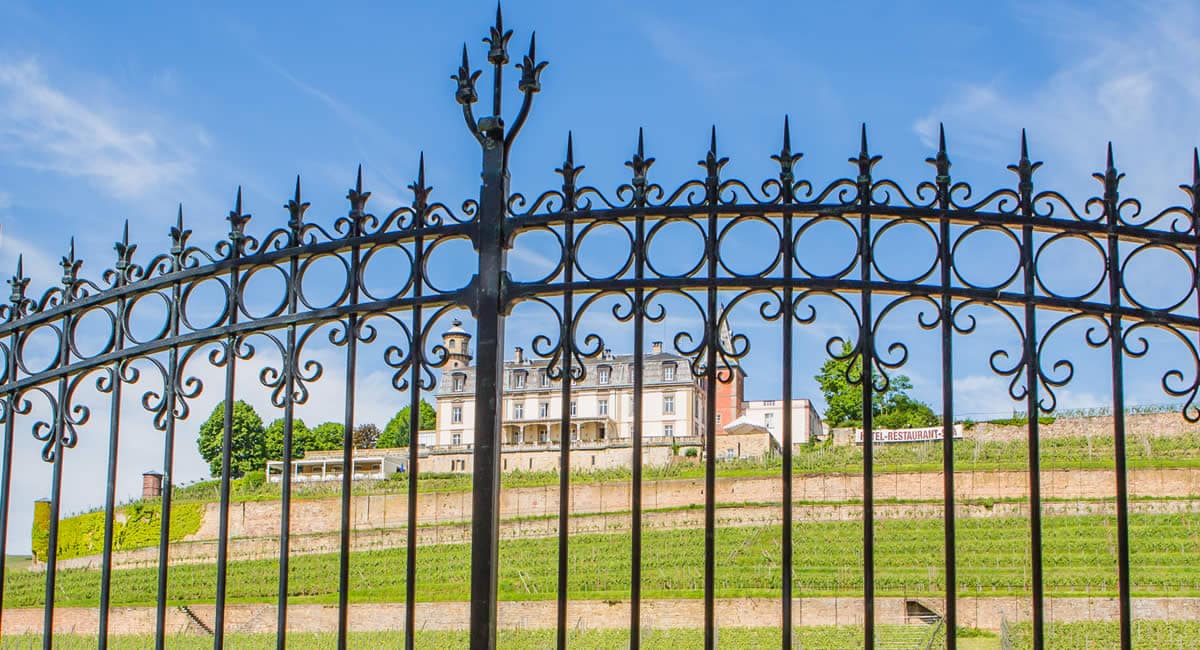 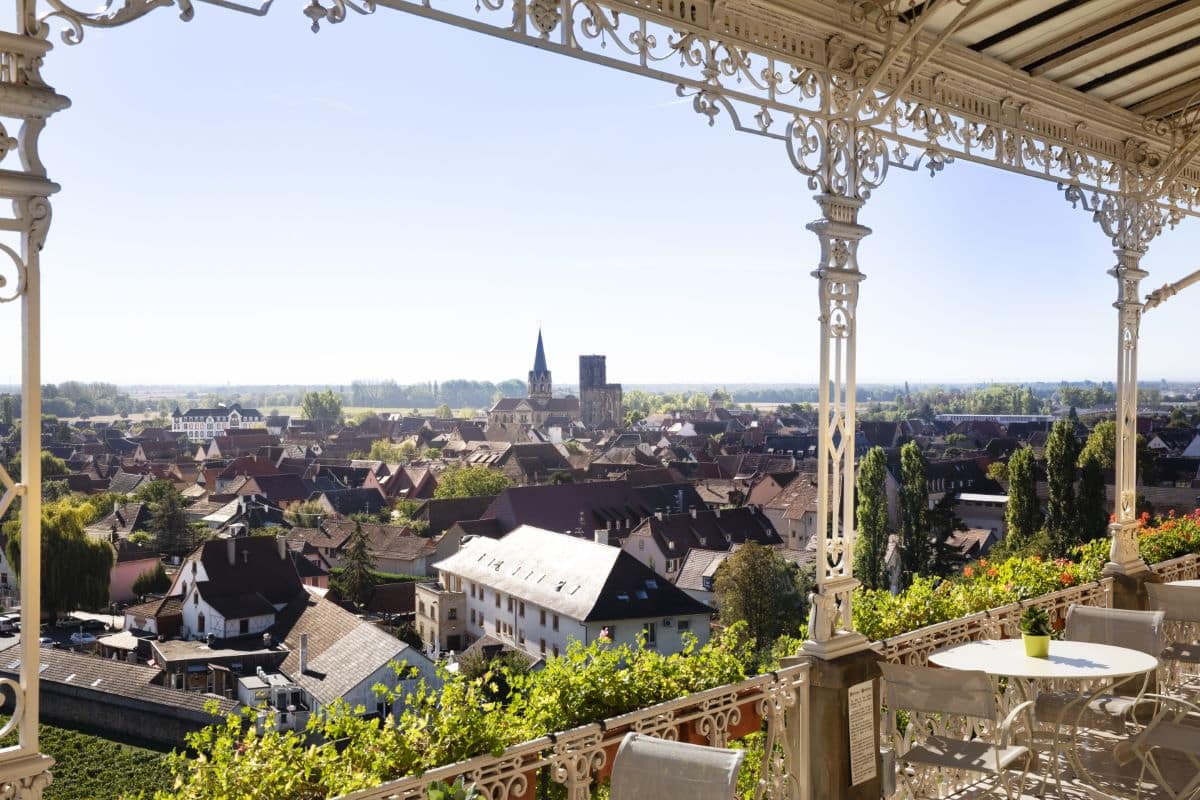